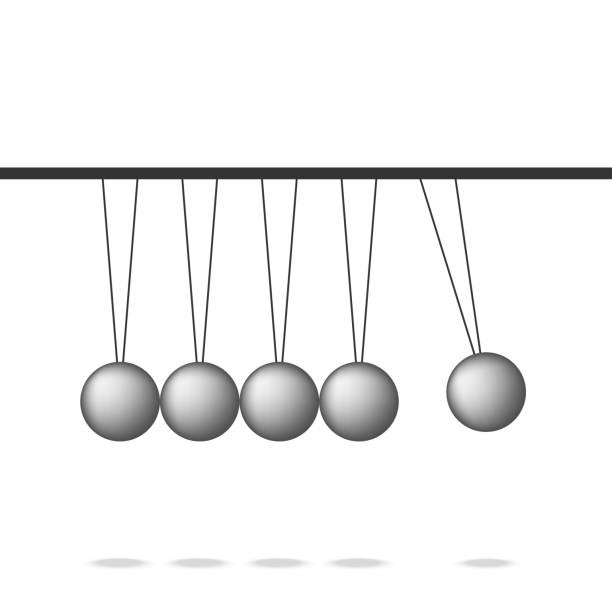 The concept of inertia:

Inertia is a physical term that means the static body’s resistance to motion and the moving body’s resistance by providing it with a fixed acceleration or changing its direction. Newton expressed this term in his first known law, which states that “a static body remains static, and a moving body in a straight line at a constant velocity remains so. No resultant force affected him. " That is, every physical body is deficient in changing its state of rest or movement unless a force that changes its state affects it.

Factors on which the occurrence of the phenomenon of inertia depends:

The force required to change an object’s motion depends on the mass of that object. The greater the mass of an object, the more difficult it is to move it or change its direction and speed. Stopping a moving locomotive takes more effort than stopping a car traveling at the same speed, and the reason for this is the relationship between inertia and mass, and physicists usually define mass as a measure of inertia rather than a measure of matter. The difficulty in changing the direction or speed of an object also depends on the speed at which the change is taking place.

Slowing or increasing the speed of an object, or suddenly making it spin is more difficult than causing these changes gradually. The car is more difficult to stop on a curved road at high speed than it is traveling at slow speed.

The applications that can be explained by the characteristic of inertia are very numerous; There is a car traveling in a straight line at a constant speed, and then it stops suddenly; The passenger in the car is pushing hard towards the front, and the interpretation of this is derived from the inertia, as the passenger’s body was moving at the speed of the car. When the car stopped suddenly due to the brakes, it remained moving with the same speed and direction, preserving its motor state, unable to stop itself.

Safety means that we have reached due to inertia:

Hence the importance of using seat belts and securing cargo on vehicles; Other safety measures have recently spread in modern cars. It is an airbag that inflates when an accident occurs, reducing the passenger's speed and preventing his forward propulsion.